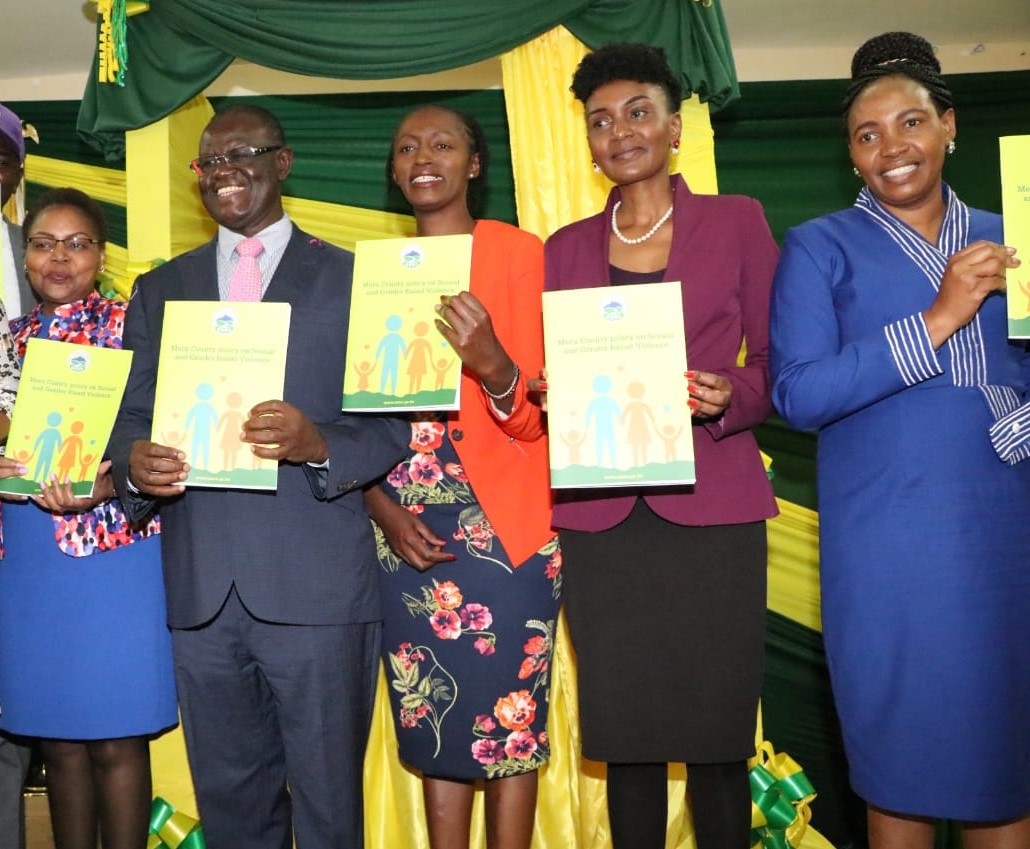 Meru County has become the first county to domesticate model legislation on Sexual and Gender Based Violence.

The policy developed with the support from CREAW is designed to help accelerate and reinforce efforts towards the elimination of all forms of gender based violence (GBV) and improve the quality of life for women and men, boys and girls in the county.

Speaking during the launch of the policy, Meru County Governor Kiraitu Murungi reiterated his commitment to end all forms of gender based violence (GBV). The governor praised stakeholders for their support in addressing the vice in the county.

“I have a dream to make Meru great but we cannot do this with women being battered and oppressed yet they constitute half of the population,” said the Governor, while recognizing that women play a critical role in the development of communities they live in.

Governor Kiraitu explained that “the county government will increase access to quality and comprehensive response and support services across sectors and facilitate the establishment safe houses.” This will go along way in improving accountability SGBV service delivery.

In 2018, Meru County launched the Twaweza initiative to enable women build strong livelihoods and a voice to challenge oppressive norms that denies them the opportunity to lead.

“I commit to providing the necessary support- financial and human resources to ensure that the policy is well implemented. I am a womanist and I support the liberation of women and girls from all forms of violence and discrimination,” he said.

The adoption of the policy comes at a time when media reports are awash with cases of women being killed by their intimate partners and girls forced to undergo female genital mutilations.

The Gender and Special Development County Executive Member (CEC) Nkirote Kailanya bemoaned the high prevalence of SGBV in the county. Surveys have indicated that about 66.7 per cent of women have experienced GBV in the preceding 12 months.

“This policy was developed on the principle that SGBV represents not only a human rights violation, but also a hidden obstacle to economic and social development. Domestic violence not only entails private costs for the victims and their families, but also wider social and economic costs, which in the end slow down the rate of development of a community,” Kailanya said.

CREAW’s Executive Director Wangechi Wachira lauded the county effort to ensure that women and girls are better protected and are able to lead dignified lives.

“It is a great time for survivors. With the police more power and voice has been accorded to women and girls. We will continue to work with the County and stakeholders in ending GBV,” said Wangechi.

Stakeholders present at the event lauded the move stating that the policy will ensure that GBV services are better coordinated.