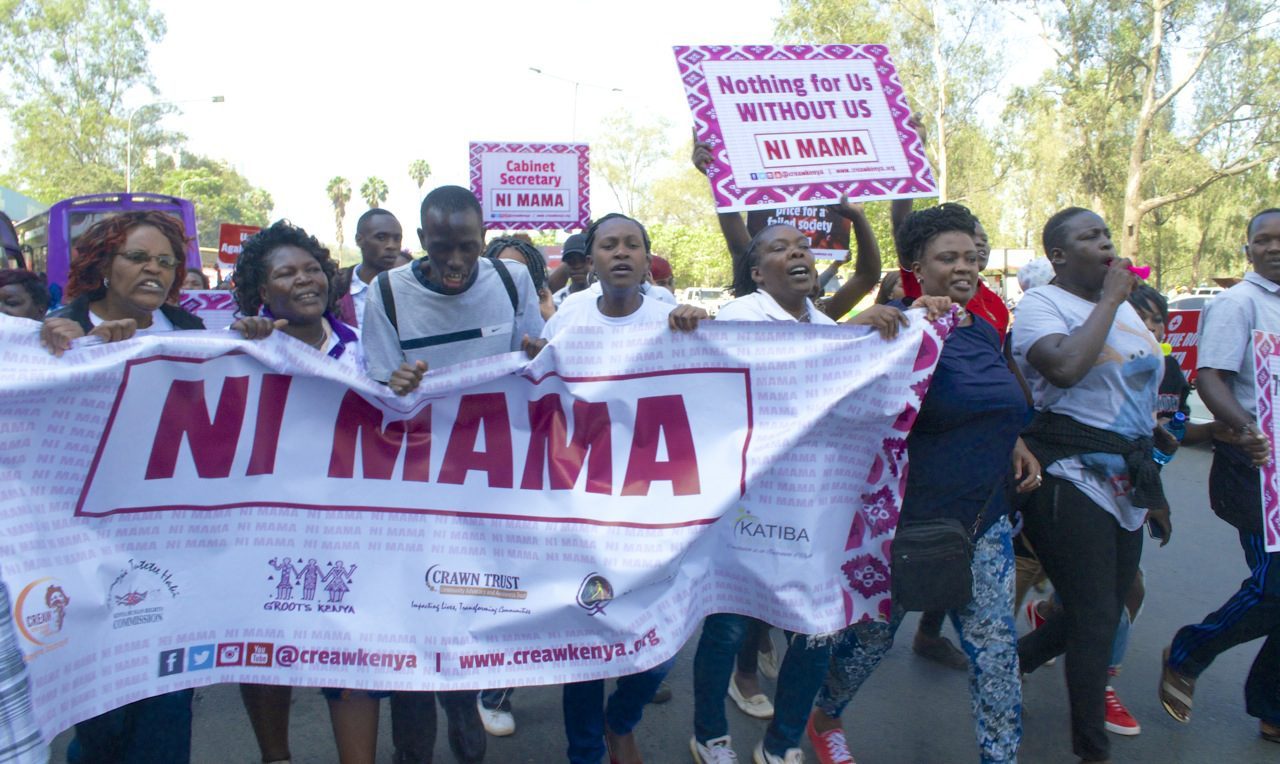 The changes in government announced on Tuesday by President Uhuru Kenyatta have raised a ray of hope for a gender balanced public service.

The nomination of Ms Maina raises the number of women in the Cabinet to seven. They are Amina Mohamed (Sports, Culture and Heritage), Margaret Kobia (Public Service and Gender) and Farida Karoney (Lands and Physical Planning).

However, pundits say seven women in a 21-member Cabinet is still far from achieving gender equality compared to other countries in the region such as Rwanda and Ethiopia.

Mr Chryspin Afifu, a gender and governance policy adviser, however told the Nation that the changes are a win for women in their quest for gender parity in public service.

He said the new appointments raise the ratio of women in the Cabinet to 30 per cent.

“We need to see a lot of policies being put in place among them women and sports, water, women and lands and property rights, employment in Middle East countries where reports of women being mistreated continue to come in,” he said.

Mr Afifu added that the push for gender parity should not only be pegged on numbers, but also on whether the women will do a good job.

Kenya has made progress in appointing women to powerful Cabinet positions. However, the Treasury seems to be still under the men’s stranglehold.

Since 1963, no woman has been appointed to head the ministry even as the country inches closer to achieving the two-thirds gender parity in Cabinet composition.

Prior to 2013, the ministries of Defence, Foreign Affairs and Commerce — considered powerful dockets — were headed by men.

In his first Cabinet appointments, Mr Kenyatta took a laudable step towards the constitutional requirement of two-thirds gender representation by opting for women to head these crucial ministries.

Raychelle Omamo made her maiden entry into the Cabinet as CS for Defence. Foreign Affairs was handed to Amina Mohamed while Phyllis Chepkosgey headed the East African Affairs, Commerce and Tourism.

Women have held the substantive ministries of public service, education and health in succession. And now Water and Industrialisation ministries would be held by women should Parliament approve their appointment.

Still, men have a firm hold on Finance. Nigeria, the largest economy in Africa with a $376.3 billion gross domestic product (GDP), has had three women running the Finance ministry consecutively since 2011.

Ms Ngozi Okonjo-Iweala headed the ministry between 2011 and 2015, handing it over to Kemi Adeosun, who in 2018 passed on the mantle to Zainab Shamsuna Ahmed, the incumbent.

Other 16 countries in Africa with past or present female Finance ministers include Tanzania, Uganda, Liberia, the Gambia, Namibia, Togo and Mozambique. Others are Zambia, Burkina Faso, Cape Verde, Burundi, Chad, Benin, Lesotho, Guinea and Tunisia.

Mercy Jelimo, an officer at the Centre for Rights Education and Awareness-Kenya, said women are capable of holding powerful positions, adding that time was ripe for the President to entrust them with the responsibilities.

She said that the appointment of seven women to the Cabinet is good progress considering Kenya’s history of marginalising women in leadership.

Rwanda is one of the countries in Africa with the most gender balanced Cabinet as women form half of the 26-member Cabinet.

previousFrom pulpit to the community