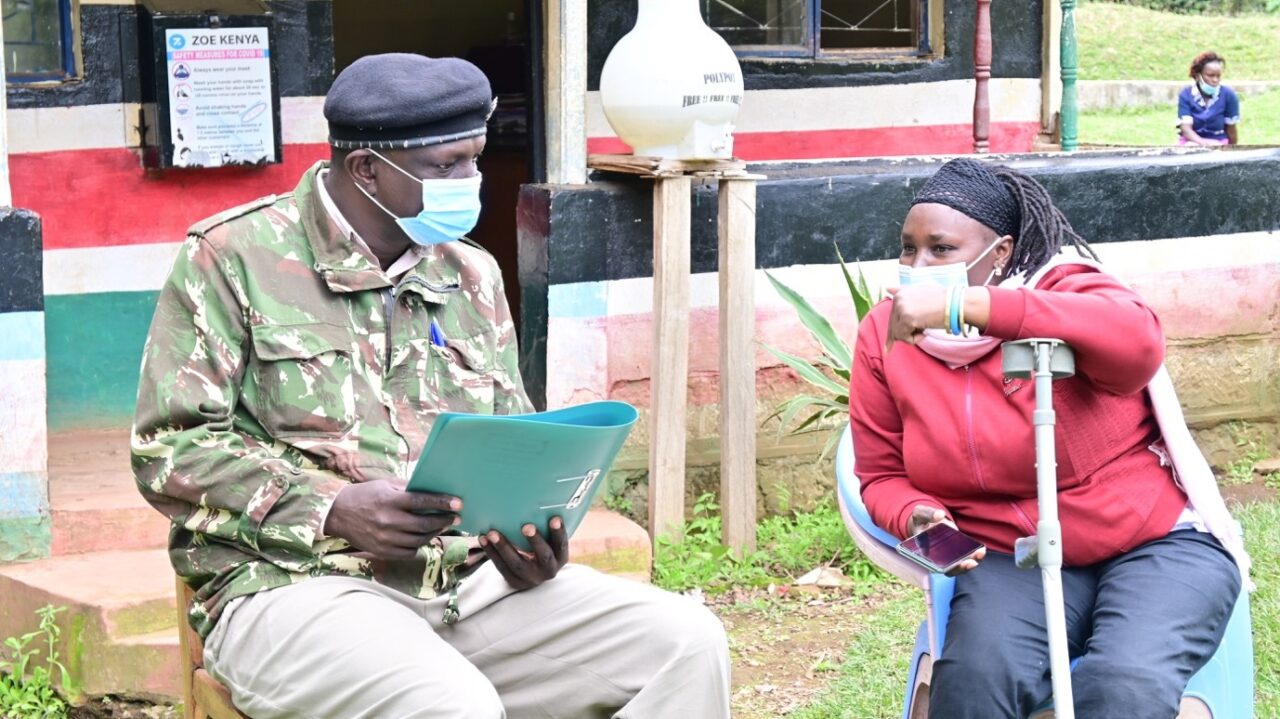 Kiengu village in the outskirts of Maua town in Meru County, epitomizes the tranquility of a normal Kenyan village. The welcoming lush green vegetation breaths a sense of fresh air and calmness. The streams of water crisscrossing the village create a serene ambience of a village endowed with natural resources.

Beneath all this beauty and splendor, one would be mistaken to think it is a safe haven for women and girls in this community. That is far from the reality.

According to Lenah Gatwiri, who is a resident of Kiengu village and a sexual and gender based Violence (SGBV) champion in this community, the cases of violence against women and girls are rampant.

“ I am currently following up a case of a man who has been repeatedly defiling his daughter and threatening to kill her if she reports the matter,” affirms Gatwiri.

In a patriarchal society where cases are handled by the village elders, commonly referred to as Iciaro,  Gatwiri has found herself in trouble for interfering with their “judicial system” that hinders justice for survivors of GBV.

“ One day they came to our home and spelt a curse on me and my family. They claim I am exposing them and think I am undermining their authority. It has not been an easy journey for me,” Claims Gatwiri as she shares some of the toughest challenges she has had to go through in raising women voices in the community against any form of violence.

Her passion was ignited by sheer coincidence, after she attended one of the community dialogue meetings, where Kiengu Women Challenged to Challenge, a Self Help Group that advocates for the rights of Persons With Disability was having a sensitization forum on Gender based Violence.

“ Growing up, I used to see women being beaten, young girls defiled and even husbands abandoning their families. I thought it was normal. But through the sensitization forum, I realized if I don’t act now, many more women will perish in silence,” She adamantly adds.

Sentiments that are echoed by Lucy Nkatha, founder of Kiengu Women Challenged to Challenge. For persons with disability, the plight is even more harrowing. She recalls coming across cases of violence meted against girls with disabilities but their families would not come out in the open due to stigma.

“ Some Nyumba kumi elders would not see the need of following up with such cases, since they thought this is a case of a PWD how do we handle it? But after we did community sensitization, they are now more aware of how to respond to such cases,” Adds Nkatha.

According to Elphas Mugambi, the area chief of Kiengu location, the group has played a pivotal role in curbing cases of GBV, since they have also been doing trainings with the local administrators on how to respond to cases.

“ The partnership is bearing fruits. It has really made our work easier since we work together at the community level to ensure our girls are safe. It does not matter if they have a disability or not,” States Chief Mugambi, as he is fondly known here by the locals.

Ms. Nkatha is more than grateful to CREAW Kenya for enhancing her groups capacity in matters gender equality, as well as advocacy at the grassroot level.

Kiengu Women Challenged to Challenge, is one of the groups supported by CREAW under the Women’s Voice and Leadership project, that aims to contribute to gender equality and increased enjoyment of human rights by women and girls in Kenya. For Ms. Nkatha and her team, it is a new dawn, as they have only scratched the surface.

previousShelters of hope for GBV survivors

nextCREAW Kenya is among the 2021 Womanity Awards Finalists