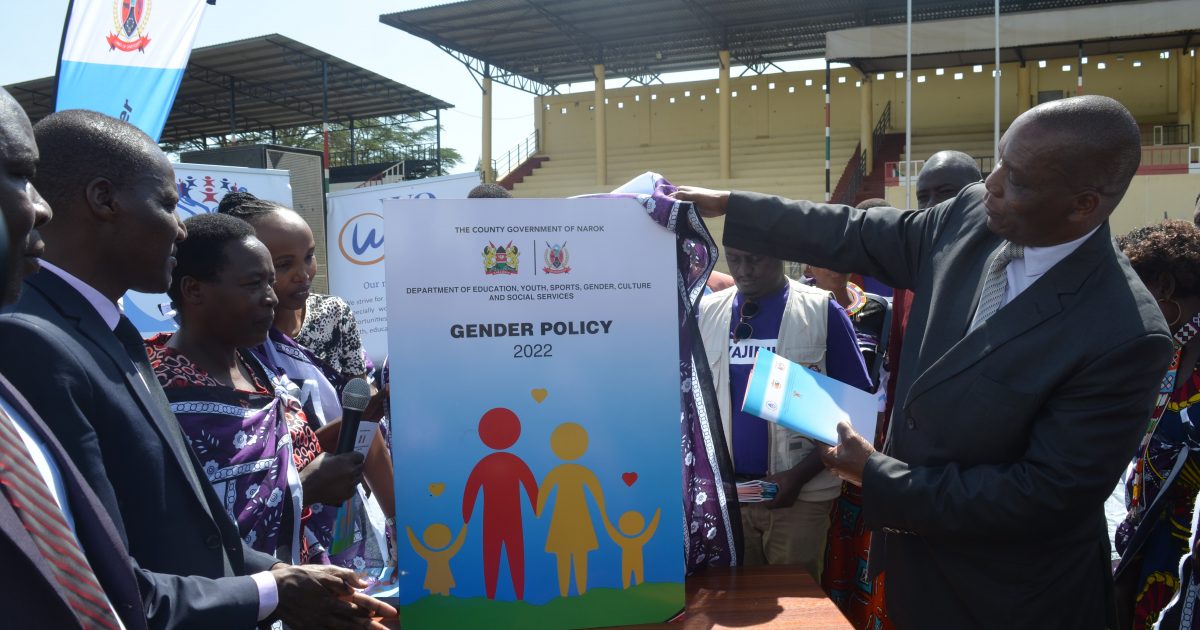 The Narok county Gender Policy launch brought together gender stakeholders in a colourful ceremony that signified the beginning of change and protection of the interest of the minority groups in the county.

Narok County Commissioner Isaac Masinde who presided over the launch recognized the policy is a great milestone to the residents as the vulnerable groups like people with disability, women, and youth will be included in all government initiatives.

The policy which was drafted with the help of the Kenya Women Parliamentary Association (KEWOPA) and grassroots organizations with the help of CREAW-Kenya, aimed at providing gender equality and women’s empowerment in national development and decision processes, enhancing the participation of women and men, boys and girls, access to all government services and initiatives without any form of discrimination.

“One of the goals of launching the policy is to ensure the rights and equality of every mother and to help girls avoid circumcision and early marriage,” said KEWOPA’s Mercy Mwangi, who expressed hope for what the policy would do for the county.

The function was held at the William Ole Ntimama stadium and brought together different stakeholders among them Members of County Assembly, women groups, government officials, Non-Governmental organizations and religious leaders.

Ms Christine Lemain, the chair, Gender committee in the County Assembly said the policy is a big plus to women as they will get a chance to participate in the decision making and development of the county.

“The women are not flower girls in the assembly. We are very important because we have to speak issues affecting women, which are many, in the assembly,” she said.

The Nominated MCA reminded that FGM is a crime in the county saying the women who will engage in the retrogressive practice will risk being arrested and prosecuted.

“We want to make it open in this county that FGM, early marriages and child labour are crime in this county. These are some of the issues the police is addressing,” she said.

Narok Executive Member in Charge of Education, Youth and Gender Cecilia Wepali lauded the NGOs that have been in the forefront of developing the policy that will benefit the Narok residents.

She asked women to vie for political seats and compete for other jobs available so that they too can participate in the development of the Nation.

Since the onset of devolution in the year 2013, Narok County has had only the Women Representative elected as a woman, all other elective positions are normally taken by men.