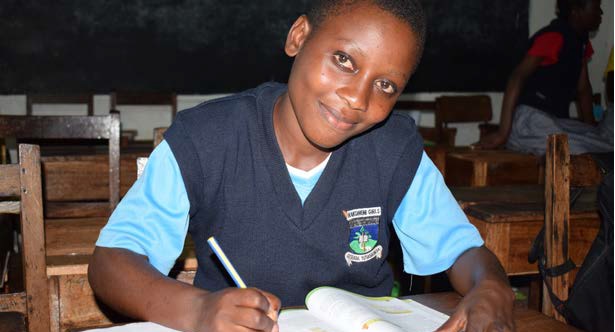 Each and every Wednesday of the week Saumu Mwadime and Eunice Baya sets out to traverse through the villages of Kilifi North Sub-County with a mission to hold conversations with the communities and get an in-depth understanding into the issues that bedevils communal coexistence; of core concern to them is gender based violence which has a damaging impact on the education of many girls around Kilifi County.

According to a report on gender based violence in Kilifi and Meru counties conducted by the Center for Rights Education and Awareness (CREAW) in 2017, cases of early marriages, child prostitution, female genital mutilation and teenage pregnancies catapulted by the deeply enrooted cultural barriers strongly contributes to gender inequality.

“Such issues affect attendance and performance of girls in school. This is also reflected in the low rates of enrollment, transition and retention of girls in school as compared to their male counterparts,” states the report.

It is such challenges that Saumu and Eunice say must be well mitigated for girls in Kilifi to grow and enjoy their rights to quality education just like many other school going children across the country.

“On February 19, we were facilitating a community conversation session in Tezo Sub-County when a middle-aged woman stood and narrated how her daughter Patience Furaha dropped out of school because she had no means to continue paying her school fees. She said her daughter (Furaha) was depressed and suicidal,” narrated Saumu.

Saumu says, her situation brought tears to their eyes and when the dialogue session was done, they sat as the Wima group and decided to visit her at home to vividly understand her predicament.

Wima is a women-led accountability group advocating for the rights of women and girls. Through the Haki Yetu Jukumu Letu Initiative, CREAW, has worked to strengthen the capacity of the group on social activism and advocacy to ensure that they not only engages with the community effectively on issues of GBV but also hold duty bearers accountable to deliver on their mandate.

On arrival, gloomy faces met us; a reflection of powerlessness and hopelessness of not knowing what tomorrow holds. Behold, was Furaha who offered us a seats at the frontal of their mud-thatched house, roofed with palm fronds. She was frail, teary and almost didn’t talk, leaving her parents to lead the conversation.

“The next step for us was to approach the Office of the Women Representative to see if they could support Furaha through to secondary school” says Eunice, and because they are community minded persons who are well known for their activism on girls’ rights, they had been earlier approached by the Office of the Women Representative in Kilifi County to map-out all the children who had dropped out of school for lack of fees and link them to the office.

Their mission was successful. Through the Affirmative Action Funds, Furaha garnered a four-year scholarship to further her education at Kakoneni Girls High School located 25 kilometers away from their home.

When we visited Furaha in her new school just a week after reporting, she was full of life and her eyes were filled with happiness. However, the tale of her education journey brings tears to her eyes:

“When the Kenya Certificate of Primary exams were approaching, my parents promised that if I scored 300 marks and above they would send me to my preferred school. I studied days and night to fulfill the promise. Indeed I scored 361.

Days on, my parents were mum as to whether I will proceed to secondary school. One evening I gathered courage and asked my mother about the promised she had made to me; ‘ I cannot afford to send you to a boarding school. Wait until your brothers are done with school then we will decide which school to send you to’ my mother answered.

I was distraught; I contemplated suicide. A month later I joined Majaoni, a nearby day school. I was not comfortable but then I did not want my parents to be disappointed with me.

At Majaoni, students would make fun of me that I scored highly yet I still ended up in the same school with them. That demoralized me and it was not long before I dropped out of school again to work at a nearby hotel where I would earn Sh150 per day.

I had given up on pursuing my education until I met Saumu and Eunice; they were very encouraging and inspiring. My dream is to be a lawyer so that I can help other girls from my community ascend to great heights. I am glad they made my dream come true.”

Furaha’s tale is not isolated and as the chair of the Kilifi County Affirmative Action Fund Jonathan Mativo puts it; his office has supported dozens of young girls to meet their education needs.

“There is a challenge when it comes to transition of girls to secondary schools because many of the families here live below the poverty line,” Jonathan says.

It is against this backdrop that his office has prioritized to sponsor children who are survivors of gender based violence, to pursue secondary education. This year alone, 59 girls were offered full scholarship to join various boarding schools across Kenya.

“During holidays, we plan to offer mentorship sessions to the girls so that they can also become champions of education within their villages,” he says.