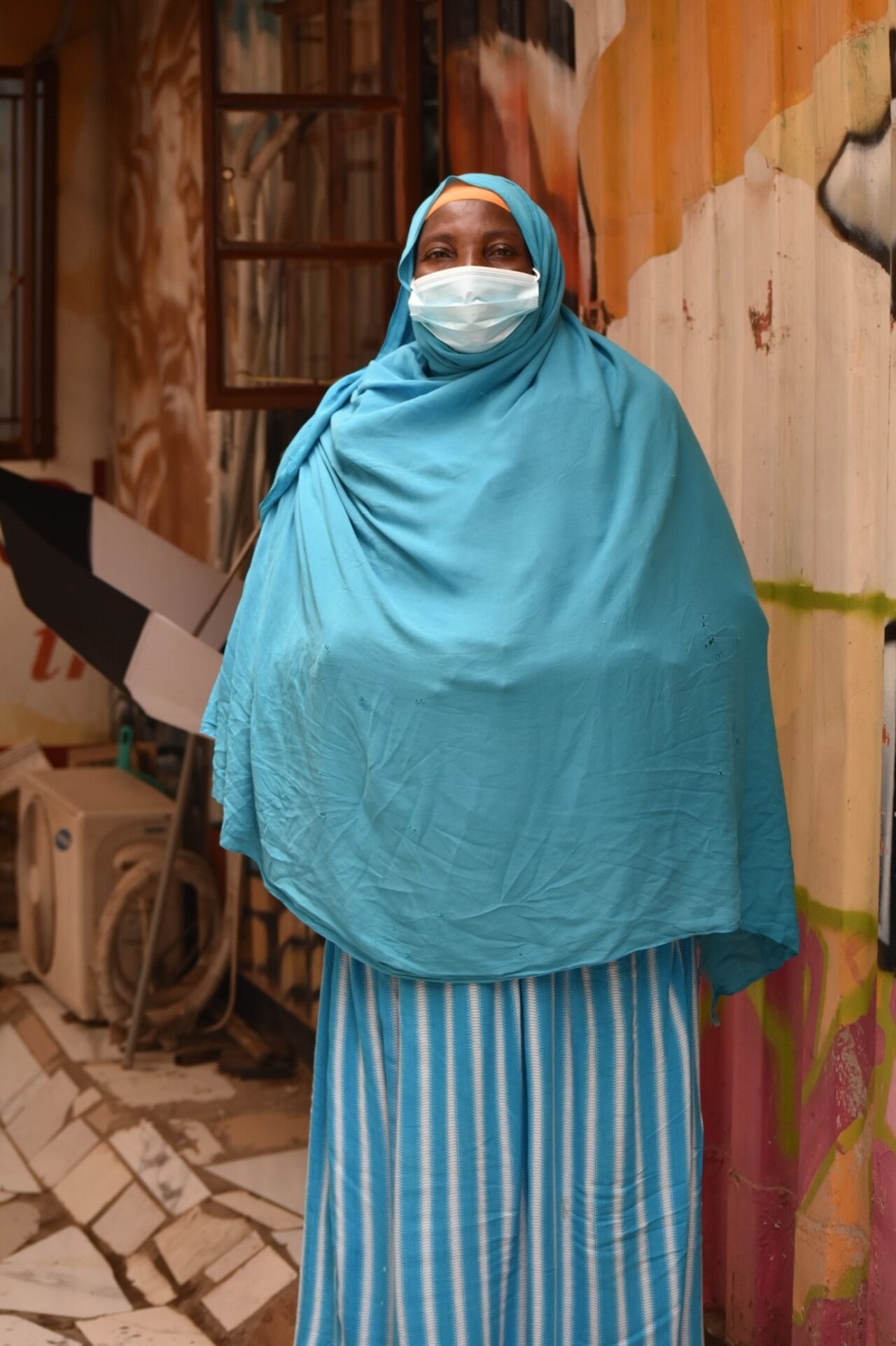 Life in the informal settlements of Kibera can be harsh economically. It can equally be tough, most especially for a woman who is living a life of hand to mouth, to cater for her sons basic needs.

For *Fauzia (not her real name) the struggle has been real after separation with her husband of 20 years. Her blissful marriage, suddenly ended when her in-laws threw her out of the home they were living together. Her husband never bothered to bring her back or defend her from her in-laws aggression.

She moved out with her teenage son to start life all over again. However, her failing health has been a hindrance to her progress. *Fauzia’s son was among the KCPE candidates of 2020 and was to gain admission in one of the sub-county schools in Nairobi, but failed due to school fees.

“I tried reaching out to the father but my efforts bore no fruits. Every time I went to his home, my mother in law would throw me out,” recounts *Fauzia.

It is at this point that one of her former neighbours directed her to CREAW offices in Kibera, to report her estranged husband for support of their son. She had heard about CREAW’s services from a community radio station that broadcasts in Kibera.

According to George Nyakundi, a legal officer at CREAW, *Fauzia’s husband was summoned to the offices for mediation but he defied the order.

“ We had to take the case to court and lucky enough the court adopted the order and issued an arrest warrant against him,” Confirms Nyakundi.

“ It is not easy convincing the fathers in mediation cases. There is always coercion since the men believe the money is meant for the mothers,” says Nyakundi, as he states some of the challenges the legal officers go through in the process of mediation.

In some cases, partners deny paternity and cases are hence moved to court, which in turn DNA tests are ordered for. However, in some extreme cases, a partner declares to be jobless hence hindering the mediation process for the good of the children involved. These are some of the great challenges that slow the wheels of access to justice for women and girls seeking legal services.

With support from UNDP Kenya and Amkeni Wakenya, CREAW has intensified it’s legal aid for women and girls in the informal settlements of Nairobi. The women are victims of circumstances, who are left with the burden of seeking justice and sometimes give up midway due to hefty legal fees which they cannot afford.

previousReconciling families for a better tomorrow

nextLensa and Janeth - A tale of resilience