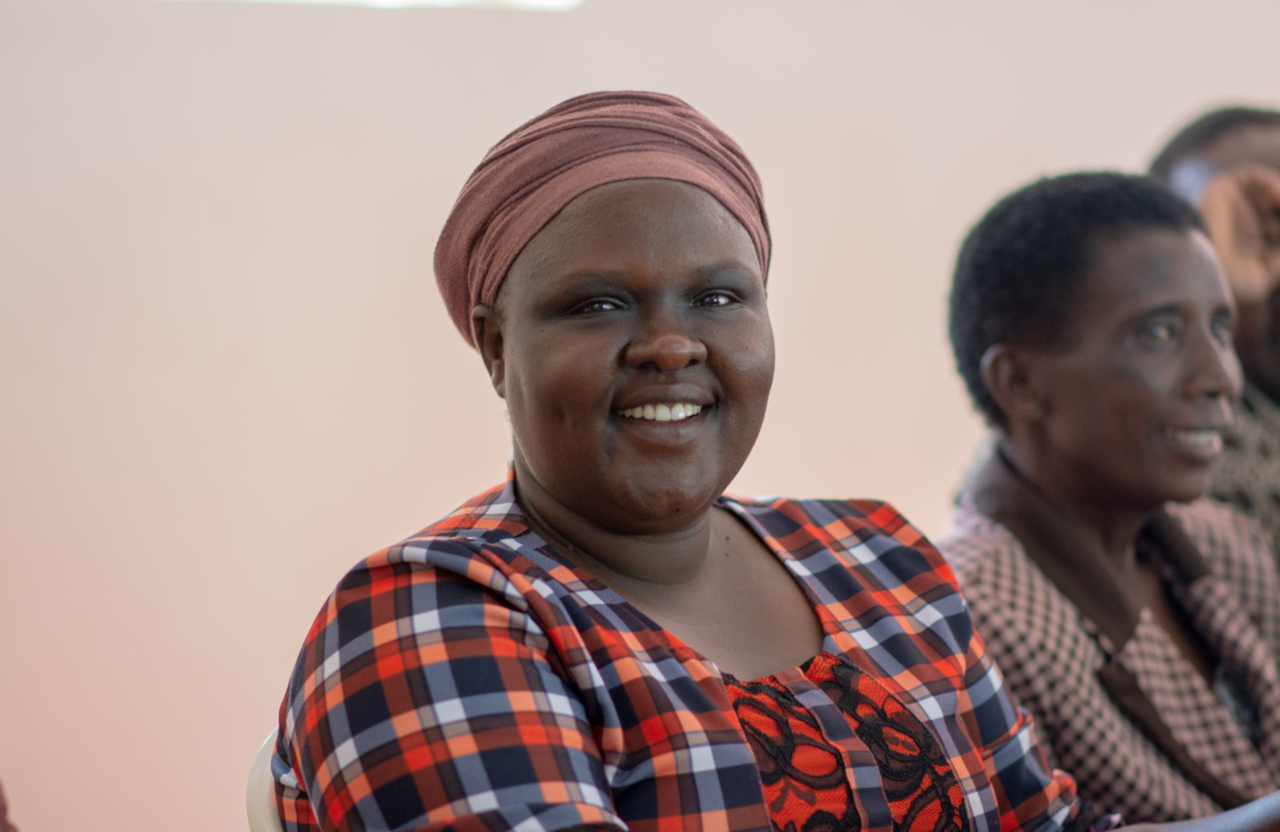 In 2013, Kenya enacted a Matrimonial Property Act that drew hope for the women of Kenya in their quest to own and inherit matrimonial land and properties. The Act reinforced equal rights as enshrined in the Constitution for both spouses when they own properties together and granted some new rights to women landowners.

Despite the many monumental gains for individual women in Kenya, pastoralist women still have the long road to walk; their hope of justice to what legally and inherently belong to them is deemed by the cultural traditions and lack of awareness that stops many women from accessing their fair share of land and property, especially in cases of inheritance.

*Naserian (not her real name) is the youngest wife among three other co-wives, her life has been marred with violence and for along time she did not have a voice in her own home. Her husband beats her up and does not consult her on any issue regarding land or the sale of properties.

Recently, she met Jane Marsoi a renowned women’s rights activist at a community dialogue-teaching women on their rights and the power inequalities that discriminates on women. There, she learnt that she also had a voice over what concerns her life and that of her family. It is then that she took action!

“By virtue of their gender, women’s property rights have been trampled- they are never consulted by their spouses when selling land,” says Jane while explaining to us that many women are helpless, it is depicted in the lack of awareness of their rights.

“I was glad when Naserian approached me to help her; I explained to her the right channels to report to,” Jane adds.

Naserian says she felt something was a miss when a stranger started farming on the family’s land. On inquiring, she was informed that the husband had sold the land without consulting her. When she confronted the husband, she beats her up till she was unconscious. She spent one week in hospital nursing the wounds. Undeterred, she resolved to explore the legal channel to access matrimonial lands.

Together with Jane, they approached the area Chief who summoned the husband and gave and injunction to those who had bought the family lands.

Today Naserian smile is noticeable, she tells us she got her share of the land and is happy that she can farm and provide food for her children and meet other basic needs.

With the Matrimonial Property Act in Action, women now have equal rights to the land that is bought and sold in their name. In cases of polygamous marriages, each wife now has a right to a portion of the lands. The law also takes into account the non-monetary contribution in marriages- including domestic work, home management, childcare and farm work.

And as Jane tells us, the teachings that CREAW has accorded the activists in the area have enabled them to brave through the societal ridicules to stand up to the male dominated Council of Elders in a bid to secure women’s rights to properties and transform norms and attitudes that promotes practices like FGM and other forms of gender based violence.

As part of the Wajibika Initiative supported by the United Nation Trust Fund to End Violence Against Women, CREAW works with women-led groups to mobilize and rally communities on women’s rights issues. These includes, raising awareness among communities on the norms that promotes violence against women and engaging authorities to enact gender policies to cater for women’s equality and provide redress mechanisms on gender based violence.