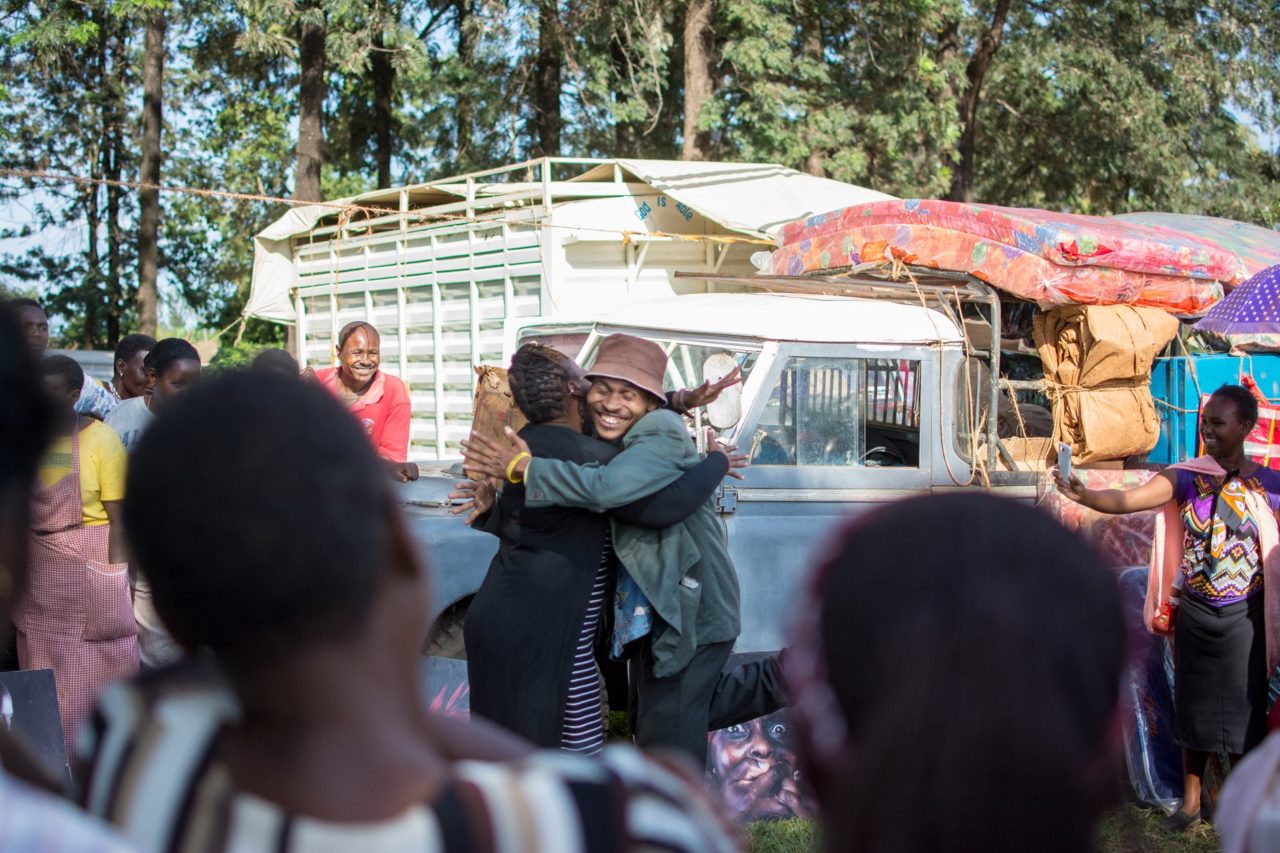 Meru Youth Arts Program (MYAP), have revolutionised their skits to not only build a buzz but also rally their communities against retrogressive cultural practices that promotes violence against women and girls.

Amid the wheat tucked in greenery fields, Meru stands tall as one of the counties that has enacted a sexual and gender based violence policy geared towards the prevention, response and management of gender based violence but beneath the milestone, the youth who form the larger population of the agricultural rich region still stare at a myriad of challenges, perpetuated by the societal underpinnings.

From unemployment, mental health issues, female genital mutilation to unwanted pregnancies, and now the skyrocketing cases of femicide pitying the youth at the mercy of their own struggles.

But is it a case of a failed system?

Not exactly, as MYAP tells us during the recent interview with CREAW. Despite the grueling challenges, the MYAP are turning the tides, amplifying their voices to push back the ills that bedevil their peers and the community at large. To them, dramatized conversations are just a starting point to change.

“As we speak about reproductive health issues among young people, we are also addressing the gendered inequality that brings squabbles to the community,” explains Santa Kagendo, the Organizing Secretary of MYAP.

“We came together to galvanize our voices through arts. In this, we knew the society would identify with the issues that mostly affect them. Key among them; female genital mutilation that denies young girls bodily autonomy and put their lives at risks,” adds Santa.

For MYAP, the power of creative words cannot be underscored when addressing gender violence; a topic that is a taboo in most household. Activism through art not only gives them the power to empower their peers but also change societal attitudes regarding issues such as female genital mutilation and domestic violence. 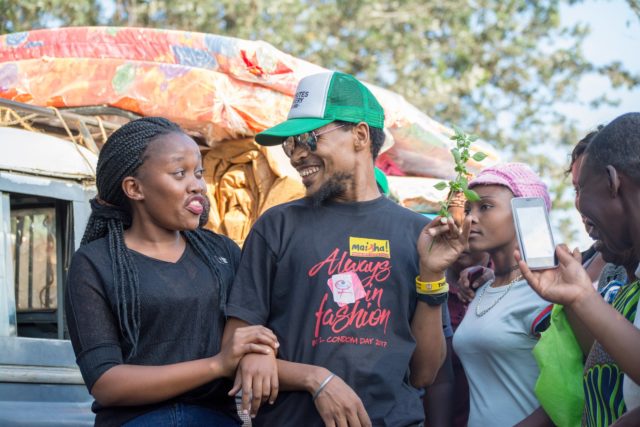 “Dramatizing issues in local dialects brings to touch the issue at hand with the community. People are not only able to understand but also internalize what repercussions violent actions could bring to families,” says Santa.

Every week the MYAP group has two days set aside to develop their skits based on the issues that emerges in their localities. Most of them are not only activists but also change agents in their own rights.

On this particular Saturday morning when we meet at their usual youth center tucked within the Family Care Medical Center, they are having a discussion about the wave of femicide that has rocked their peers.

Leading the conversations is Jamila Mohammed as the young men and women take turns to voice out their opinions. After, they head on to Gakoromone Market; some two kilometers away where they mesmerize the onlookers with their multicolored costumes and props. Soon, the crowd builds up.

“Their skit is set in a household with a family of six. The couple in their fifties at first paints a picture of a happy home but behind the scene, the husband is hooving around with a 20 year old clandestine who is also in a romantic affair with the son.

After awhile, the wife is made aware of the husband’s meanderings and the home turns chaotic with revelations of HIV infections.” – Such paints the reality of household marred by domestic violence. How then do they address it?

“Conversations with market sellers that follows the street theatre, gives them an opportunity to query the violent actions and discuss bad behaviours collectively. They begin to understand that violence is unacceptable and adopt positive actions,” says George Kimathi.

The end game to them, is that women and men foster respectful relationships. “From where we stand, we believe each person can be part of the solution,” explains George.

Apart from the street theatre, MYAP also holds community dialogues in the villages and behavior change conversations in high schools and universities around Meru. They also use mass media to create awareness on GBV issues.

“So far the reaction has been good especially the youth who are now more comfortable to report and discuss issues affecting them,” he says.

Beyond their artistic prowess, their successes are also depicted in the manner in which they build partnerships with key GBV actors and county government structures for effective and quality service delivery to the populations that their group exists to serve.

“For a long term the most facilities in the County lacked youth friendly centers. Most youth were shying away from seeking health in hospitals because the spaces were not favorable for them and so we petitioned the county and now we have two centers that serve the youth,” explains Santa.

nextFrom pulpit to the community