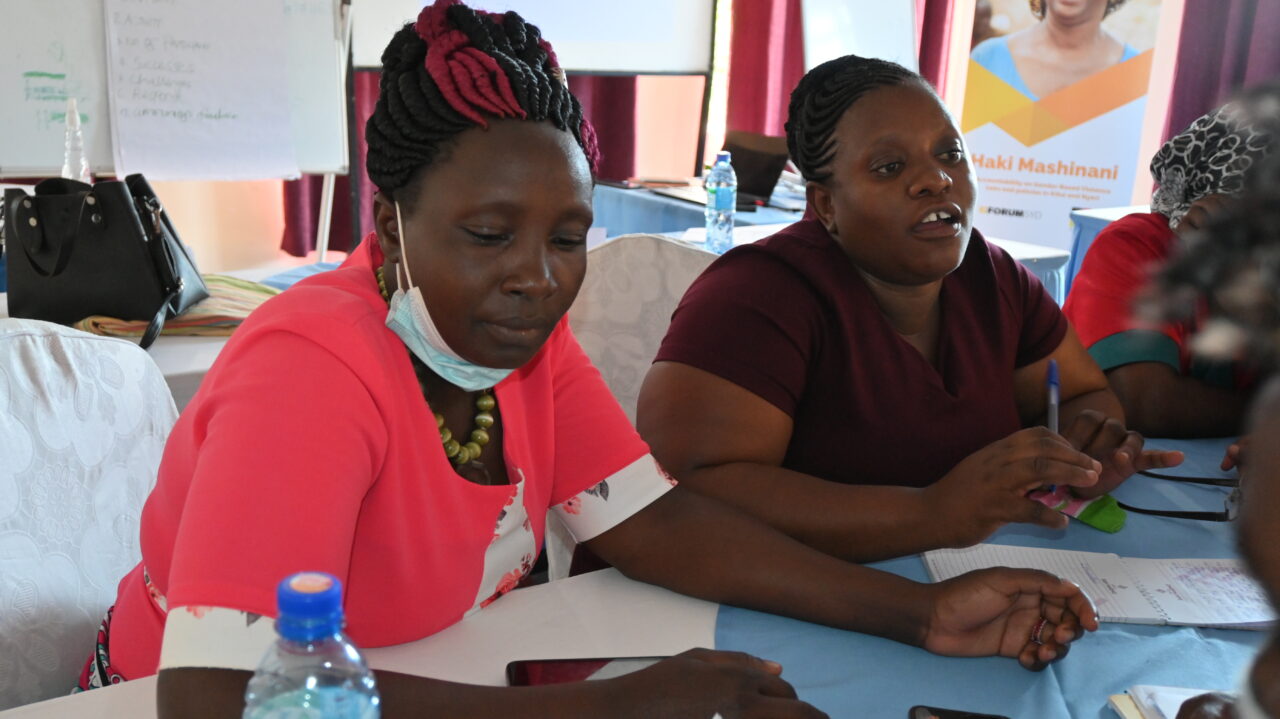 When Center for Rights Educations and Awareness (CREAW) Kenya, spread its wingHaki s to Kitui county to support women and girls facing violence in the community, Dorcas Belinta, a widow and founder of Mosa vision group, was only doing little to economically empower her fellow widows in Kisasi village Kitui Rural Subcounty.

Luckily, she was among 30 women picked from 14 active women led community based organizations in Kitui county to undergo a training on how best they can support survivors of gender based violence, as well as create awareness in the community regarding the vice. The training which is supported by CREAW in partnership with ForumCIV under the Haki Mashinani project is implemented in Kitui and Nyeri counties. It was based on the SASA model, which addresses violence against women, in community-based approaches and aims at changing the attitudes and behavior of men and women.

The four-phase process, developed by Raising Voices in Kampala, Uganda, mobilizes communities for a change in social norms. The primary goal of SASA! is to reduce violence against women and girls by exploring the balance of power in intimate partner relationships and in broader community dynamics. 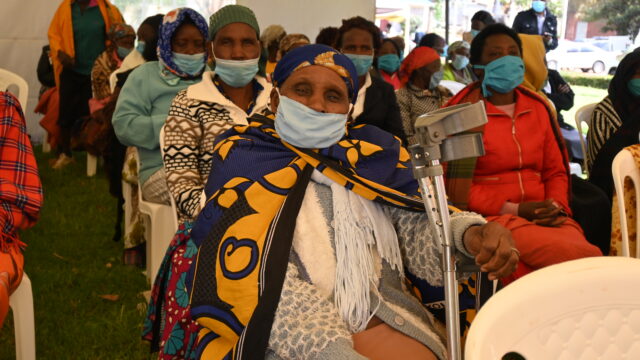 “After the training we had our first community dialogue, where we invited the chief, 3 religious leaders and village elders. It was an open session of learning and unlearning what we thought was right as a community” Says Dorcas.

The primary school teacher, was encouraged by feedback she got after the meeting. She would get invited to have a talk in other community dialogues as well as enlighten her students more on issues of sexual and gender based violence.

“Previously, Mosa Vision group was doing table banking and outreaches in schools distributing sanitary packs, but now the training has built our capacity in addressing violence against women in the community” Confirms Dorcas.

The mother of three is now fixing her eyes on the political scene, as she feels political good will is another key in advancing the gender agenda as well as championing for the rights of women and girls.

“I want to be the next woman representative of Kitui County in the 2022 general elections. I understand the plight of widows and want to champion for their rights to own property as well as access property left behind by their late husbands. Widows here don’t have people who enlighten them on their rights” Concludes Dorcas with a smile. 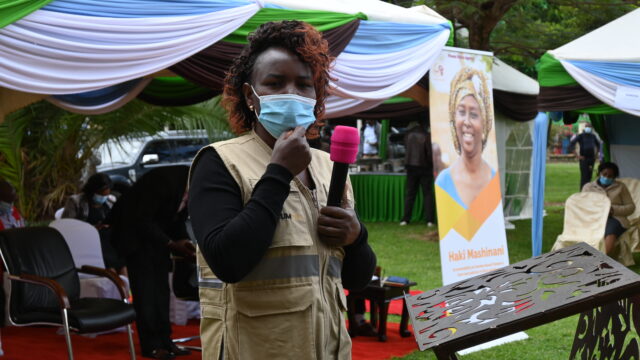 As a GBV champion, Dorcas notes that there’s an emerging trend of economic violence aside from sexual violence in Kitui County. As a widow, she relates well with women involved in matrimonial property succession and marriage, that were proving hard for them to handle. With her eyes focused on her political ambition, Dorcas is a woman on the move to make it better for fellow women and the next generation of girls.