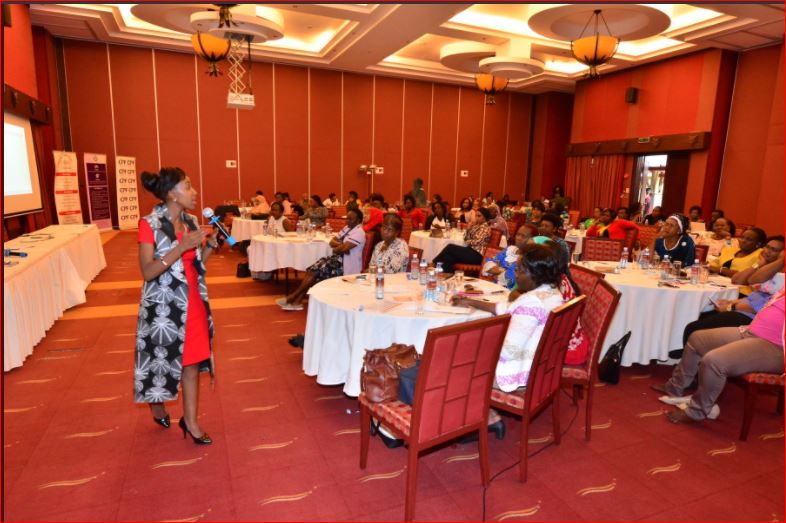 Women legislators on Friday 12th January converged in Naivasha for an induction workshop.
The three day event aimed at “laying the foundation for an effective female legislator” was organized by the Kenya Women Parliamentary Association (KEWOPA) in partnership with the Center for Rights, Education and Awareness (CREAW), UNWomen, USAID and FIDA among other key actors in gender and governance.
 Speaking at the event, the outgoing chairperson of KEWOPA Cecil Mbarire lauded the gains made by women MPs in the previous parliament in actualizing legislative processes. She called on the leaders to be proactive in building communities.
In the 11th Parliament, women contributed tremendously to the enactment of family and gender based violence legislations. These are: Matrimonial Property Act, Marriage Act, Protection Against Domestic Violence Act, and Prohibition of Female Genital Mutilation Act.
“We have numbers in parliament to achieve our goals. We need to stay focused and chat the way forward for the women agenda,” said Mbarire who served as the chair of KEWOPA in the 11th Parliament.
“Let us capacity build women to be effective leaders,” she added.
The Cabinet Secretary for Public Service, Youth and Gender Affairs Sicily Kariuki congratulated the legislators for making it to the National Assembly and Senate noting that the country has beaten many odds in terms of women representation in key decision-making spaces especially in Parliament.
“The gradual increase in the number of women in all arms of government is as a result of consistent and tireless efforts of our path finders whose shoulders we stand on,” she noted, explaining that it was important that the female legislators understood the history of women empowerment so that they soldier forward with full appreciation of those who came before them.
In the quest to ensure gender balance in all elective and appointive positions, Mrs Kariuki challenged the MPs to ensure the country attains and upholds the two-third gender principle within their oversight and legislative roles.
It is the first time since the dispensation of the Constitution of Kenya 2010 that three women were elected as governors in an election that also saw three women senators and 23 women MPs elected to the 11th Parliament; a great milestone in the push for gender equality and women empowerment.
“There is need to ensure both the national and county governments allocated enough resources to prevent and respond to gender based violence,” she said, adding that “we need to advocate and legislate for resources to end all forms of GBV and keep our girls in school.”
Her sentiments were also echoed by the former Gichugu MP Martha Karua who reiterated the need for male engagement in advocacies around gender imbalances in governance.
“When you contextualize gender within the family, it becomes very easy to convince men on our courses. In this, even the worst critics of gender inclusivity become your partners,” Karua said.
Karua who expressed optimism in the ability of women voices in parliament, explained that women have the responsibility to steer the country to prosperity if they speak with one voice even out of parliament.
“Most political parties have not met the Constitution merit on gender; you need to speak out on such inequalities,” she said.
During the induction, Kirinyaga Woman Representative Wangui Ngirici was elected the KEWOPA chairperson taking over from Mbarire. Also elected to lead the Association are the Kisumu Women Representative Roza Buyu as vice chairperson in the National Assembly and nominated Senator Milicent Omanga, vice chairperson in the senate.