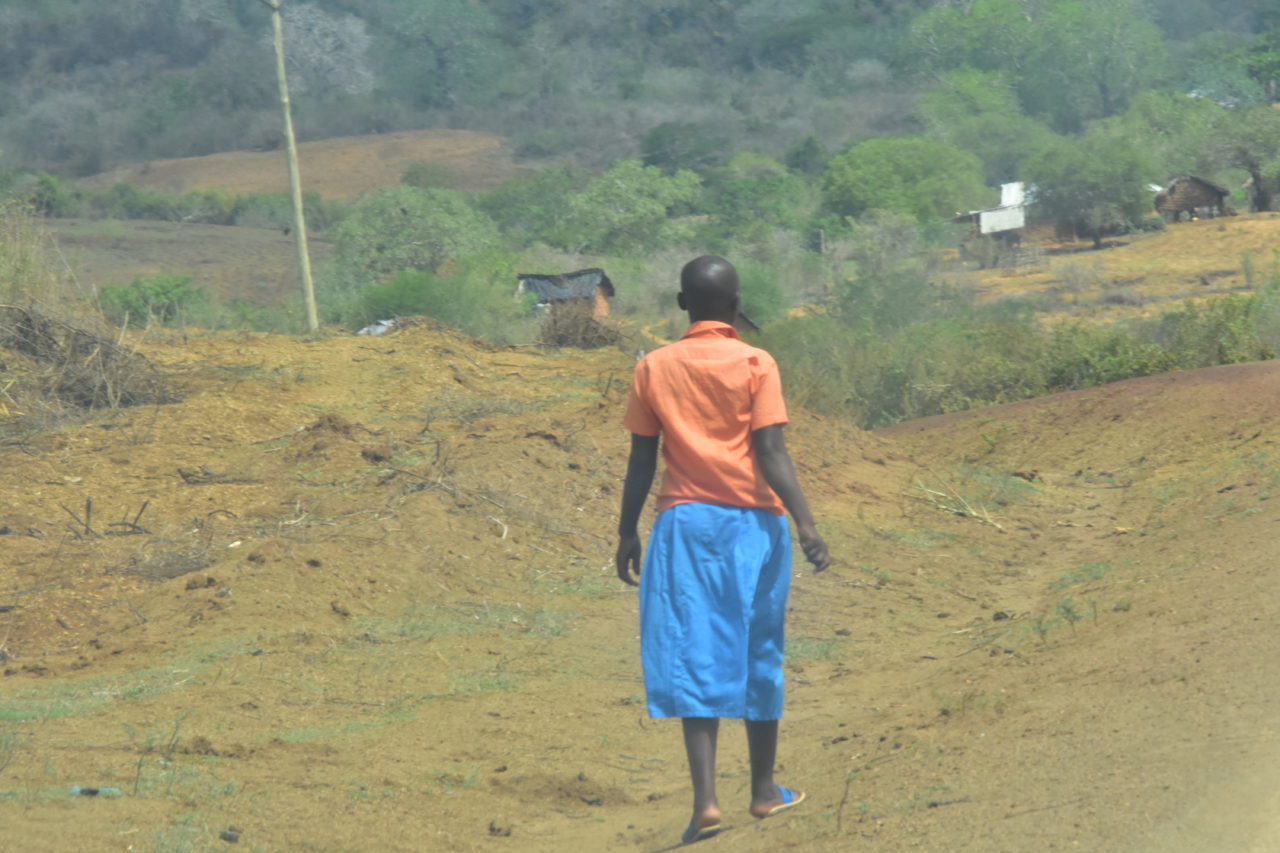 When 16 year old *Kadzo met her boyfriend, she was smitten; she did not in anyway think her life will change completely.

She says, “he promised to marry me and I believed him.” But today, her melancholic look tells the tale of a wound that she has long reconciled with. From the experimental sexual relationship, came pregnancy.

All through her childhood, her grandparents were the sole providers. They had so much hope in her completing her schooling but the tables had turned and now they wanted her out of their home. Swiftly, they married her off to the father of her child.

And as she tells of her ordeal, she fidgets and mumbles some words. The shock and disappointment of being a teen mother is written all over her. Apart from her pregnancy, she was forced to cope with her abusive boyfriend who came home each night drunk and would threaten to burn her alive.

“The scariest of all was when he took a kitchen knife and wanted to cut off my neck. I managed to escape,” she recalls of her deadliest experience at the hands the lover turned foe.

Once again she was back to her grand parents home, forced to fend for herself and adjusting to the reality of being a mother of a three months old baby with the future unknown.

*Mbodze on the other hand started dating her boyfriend at the age of 14, she was in class six. Now aged 16 and a mother of two moths old baby, she is juggling between nursing her baby and classroom.

Her story bore similarity to that of Kadzo; they are both teen mothers only that one dropped out of school and the other rose through stigma and household poverty to continue with her education.

When we set out with her to her home, it takes 30 minutes to navigate through the village paths surrounded by thickets and maize plantations. She usually walks through the 7km journey to Dzitsoni Primary School.

“My dream is to join Ngara Girls after completing Kenya Certificate of Primary Education. I want to be a lawyer so that I can help other girls in my community,” she says.

Mbodze come from a family of five and her parents have since separated.

Hadly a kilometer away is 17 year old *Rehema, Mbodze’s classmate. She is a mother of a seven days old baby.

“I met my boyfriend at the funeral night vigil in the nearby Swere village. I used to call him through my mom’s phone and we would arrange to meet after school. He is a form three student,” says Rehema.

She says, “ when I became pregnant, I informed my boyfriend and he denied responsibility. From there on, I never wanted to see him or have anything to do with him.”

Rehema is lucky that her parents have been very supportive; when she is in school, her mom takes care of the baby.

“I want to learn so that I can have a good life,” says Rehema.

Why so many teen mums?

The life of Kadzo, Rehema and Mbodze mirrors the life of many teens in Kilifi and by extension across Kenya who are now forced to transition to mother hood at a young age. Their situation is not an isolated one. Over the last three years, Kilifi County has drowned under the weight of high numbers of teen pregnancy.

Statistics from the Kilifi County Ministry of Health shows that in 2017, 12,790 girls fell pregnant. In 2018 the numbers skyrocketed to 17,866 and in the period of January and March, 3102 girls were pregnant.

The Kenya Demographic Health Survey 2014 indicated that one out of five (18%) girls aged 15-19 years were pregnant or were already mothers. By February 2018, the County had approximately 203,094 teenagers.

In 2017, statistics from the United Nations Population Fund (UNFPA) indicated that 378,397 adolescents in Kenya aged between 10 and 19 got pregnant. It is this worrisome statistics that continues to wipe out the future young girls.

For the 11 years that Olive Nyawana has been a teacher at Dzitsoni Primary School, the school has never experienced high numbers of teen getting pregnant but in 2018 and 2019 the numbers came as a shock.

“Previously we’ll have one or none. In fact for the last four years preceding 2019 we had none. This year we have four who are candidates,” explains Olive.

Olive who is a guiding and counseling teacher interacts daily with the Rehema and Mbodze, teen mums from the school. She says that she has been encouraging them to continue with schooling.

“I continuously talk to parents to be supportive of their children till they finish school,” says Olive who is also the Deputy Chairperson of the Beacon Teacher Movement in Kilifi.

As a Beacon Teacher, she has undergone trainings on child protection and GBV laws that are supported by CREAW’s Haki Yetu Jukumu Letu project in Kilifi and Meru Counties.

In her guiding and counseling sessions, Olive has adopted the use of materials that are child friendly and fun to hold conversations with pupils in her school. She teaches them on age appropriate sexuality issues.

As a teacher she has nurtured an environment where pupils are free to approach her with any challenges they experiences at home and while in school.

“Aside from the speak-out boxes that we have installed in school, we also have session with the boys and girls so that they are able to speak out freely,” says Olive who is also the Deputy Chairperson of the Beacon Teacher Movement in Kilifi County.

But why so many teen mums?

On cultural practices, the research touched deeply on the issue of funeral discos. It also cited long-held beliefs that girls’ work is to give birth in the society upon reaching puberty. The report noted that it is regarded as normal when a teenage girl gets pregnant before marriage. Some girls are exposed to drunkards at their homesteads, where mnazi (palm wine) business is done. This is more so in rural areas, where strict rules of establishing palm wine clubs away from home are not followed.

In the wake of this, duty bearers continue to grapple and ponder on the appropriate redress mechanisms. Recently, there have been talks of introduction of Comprehensive Sexuality Education (CSE) in schools to ensure healthy sexuality and reproductive lifestyles for adolescents as in countries like Netherlands, Switzerland and Denmark where such initiative has proven to be effective.

In 2014, a Reproductive Healthcare Bill was introduced in the Senate. The Bill sought to provide children as young as 10 with condoms and birth control pills. The bill also proposed unhindered access to CSE and confidential services to adolescents. Ideally this would have gone along way in building the knowledge of children on pregnancy among other reproductive health issues and as fate would have it, the Bill was shot down on grounds that it would promote moral decay.

Fast forward, here we are with the ballooning statistics on teenage mothers wiping out the potential of our girls. Who would blink first? Parents, government? And is the society ready to change and create room for unrestricted access to reproductive health services including information to the young ones?

The government of Kilifi is however well aware of the bigger problem that child pregnancy posits to the development of its citizens. As such, the County Government of Kilifi constituted a taskforce constituting line state and non-state actors to look into the matter.

“The culture of silence make it difficult for perpetrators to be held accountable and punished for their harmful actions. It shows how sexual violence against children has been normalized making it difficult to shield girls from sex predators especially at family level,” says Saumu Mwadime who has been representing Women on the Move Against (WIMA) GBV at the taskforce.

WIMA is women led accountability group that has been working closely with CREAW in educating communities and spearheading actions geared towards increasing transparency, responsiveness and accountability for public service delivery by the county governments.

As an anti-GBV crusader, Saumu notes, “even with the existing laws and policies to curb the menace, the roaring statistics on child pregnancy are nothing to write home about.” She says.

“I look forward to the Kilifi government enacting a gender based violence policy to ensure that the needs of survivors are well catered for and the vice mitigated,” adds Saumu.

Under the auspices of the Haki Yetu Jukumu Letu project supported by the Embassy of Netherlands in Kenya, CREAW has worked to empower women groups such as WIMA on gender based violence and the existing redress mechanisms postulated by the law. The knowledge to which they have used to sensitize communities to challenge norms and attitudes that promotes sexual violence against children and other forms of gender based violence.

Over the last three years, CREAW has been working within communities to end sexual violence among children among other forms of gender based violence. We have continuously engaged the custodians of culture to eliminate the barriers that put girls at harms way and build equitable societies for women and girls to realize their rights and thrive in their communities.

To address child pregnancies, WIMA members are continuously conversing with parents on good parenting skills. They have also been holding mentoring sessions in schools around Kilifi, speaking to girls on their sexual and reproductive health rights and way they can report sexual violations.

For girls who fell pregnant while in school like Kadzo, Rehema and Mbodze, WIMA members have formed a supportive system to address their needs while in school and at home. For example, they have approached the office of the Women Representative to sponsors girls like Kadzo to continue her education. This year alone, the Office of the Women Representative has sponsored 91 girls in various secondary schools through the affirmative action funds.