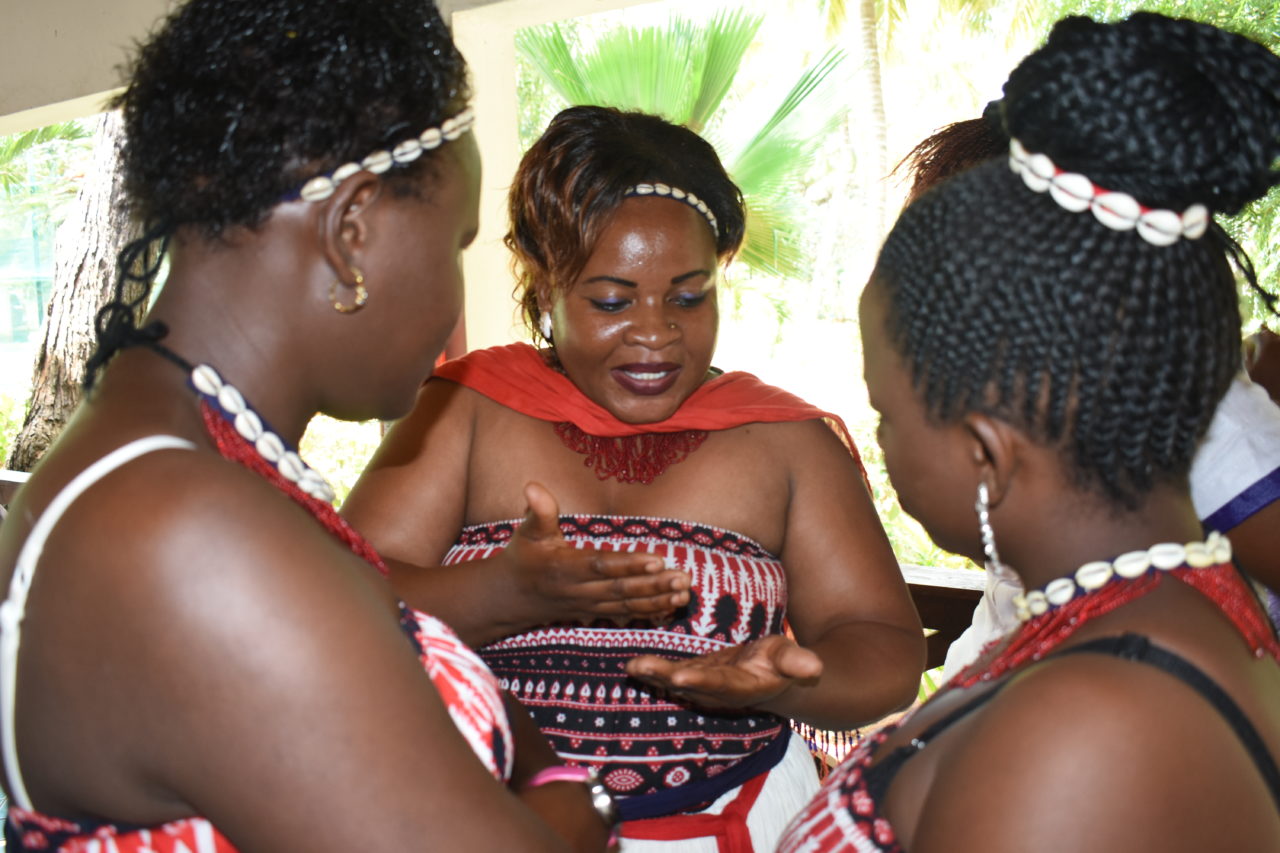 Dressed in purple and white; a sign of royalty and peace- they all came to witness the climax of the journey they had travelled so long. 12th September 2019 it a was! A new dawn reckoned and the little known women group, Wima Women Empowerment network (WIMA), was now a fully-fledged community based organisation.

Three years ago, 33 WIMA members came together with a soul purpose to eliminate cases of gender based violence (GBV) that was ailing communities in Kilifi. At the time, GBV matters were only spoken in undertones and most cases would go unreported because of the cultural constrictions.

It is such barriers that also continue to chain women voices- and when the silence was too loud, WIMA’s actions to change societal attitudes and norms became louder. Through their network, they continued to build momentum, galvanising support from the various community (chiefs, Kaya elders, women) and county government structures to free women from the chains of gender inequalities.

And as Helda Tujara tells us, the community dialogues they have held in the community have created spaces for men and women to reflect on power imbalances at family level and how best to parent children- giving them equal educational opportunities for better future.

“Pictorial exhibitions showcasing the effects of domestic violence have helped stimulate conversations, educated communities and translated into change of perceptions and community support in actions geared towards addressing violence against women and girls,” a happy Helda tells us.

Helda and other members of WIMA are proud to have been supported by the Haki Yetu Jukumu Letu project implemented by CREAW in Kilifi and Meru Counties with the support from the Embassy of the Netherlands in Kenya.

Through the project, WIMA members were trained on the laws that appertain to gender based violence, citizen-led social accountability, budget monitoring and accountability. From the knowledge, they have built collective agency, risen to break the silence and demanded for accountability in GBV service delivery.

Helda who has been the chairlady of WIMA since its onset, explains to us that the passion to protect women and girls from the scourge of GBV drove them to work with a unity of purpose.

“We wanted girls to thrive and women to live in peaceful households with their families.

Currently, the skyrocketing teen pregnancy statistics hoovers over our heads. We must start over and parent our children properly,” says Helda noting that it is that moment that actors, parents and community as a whole took action.

As the chairlady, she speaks strongly on inclusivity. “Women and girls are a critical mass in communities. Thus, they also have a voice in the decisions that affects the larger community. We do it not for us but for the benefit of the entire community,” she says.

At the core of their work is empowerment; as they strengthen their knowledge and build confidence on community work, they have also ensured that other line stakeholders and county structures are enjoined in their activities.

“As GBV champions, we are well known in the community and the county also recognizes us. During the budget making processes, we are given chance to participate and present our issues,” says Sophia Suleiman also a longtime member of WIMA. Such endeavours have helped in improving government responsiveness to the needs of women and girls.

For the first time in Kilifi since the onset of the devolved government, a fully fledged gender department was established owing to the efforts of WIMA. And as Sophia tells us, theirs is a vision that calls for a responsive government and a supportive community to address the plight of survivors.

“Among us, are also the referral champions who continuously receive cases from communities

Last year, WIMA was among the stakeholders appointed by the County Government of Kilifi to look into the issue of teen pregnancy- and even though the report of the task force is yet to be made public, they are happy to be part of the team that would deliver change to many young girls in Kilifi.

“We hold conversations with bodaboda riders to change their behaviours since they have been the largest perpetrators of sexual violence against children. With that, we are making them champions and defenders of the rights of women and girls to reduce child pregnancies,” says Saumu Mwadime who represents WIMA at the teen pregnancy task force.

WIMA’s progressive endeavours are not only felt by the women and girls but the entire community. They lobbied and advocated for good infrastructure within their localities to improve safety and security. Last year, their actions saw the establishment of the Chasimba Police station- the first in Chonyi since time immemorial.

Apart from that, they have also been supporting survivors through their legal journeys; providing psychosocial support and legal information. These has gone along way in helping survivors navigate the often tedious justice system, hold perpetrators accountable for their actions and help survivors heal from the harm done to them.

Fast forward, here they are- living in the moment and helping their communities build sensitivity to the rights of women and girls. Continuously, they network with line partners to device local solutions to the emerging issues in the county.

“We have the power and thus change is the only thing that is inevitable. Our work continues,” concludes Laura Wawuda who represents the youthful wing of WIMA.

previousPRESS RELEASE BY WOMEN OF KENYA ON THE ADVISORY BY THE HON. CHIEF JUSTICE, DAVID MARAGA TO HIS EXCELLENCY, THE PRESIDENT ON THE DISSOLUTION OF PARLIAMENT

nextLife beyond the pandemic